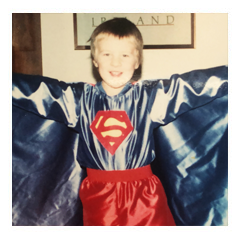 Alex spent his childhood in rural Wisconsin and suburban Chicago. In high school at Joliet Catholic, Alex started for the football team, became an Eagle Scout, and focused on studies. His early achievements were due in no small part to family values of hard work and determination, to which his siblings - a Catholic nun in Mexico, a Special Forces operator in the military, and a skilled metalworker - can also attest. Alex went to Notre Dame for undergrad, where he was a member of Navy ROTC and competed for the boxing and rugby teams. After graduation, Alex served as a U.S. Navy nuclear submarine officer for eight years, leading teams focused on nuclear reactor safety and mission accomplishment over two deployments to the Western Pacific. After the Navy, Alex received his MBA from the Kellogg School of Management while teaching Naval Science courses and mentoring Northwestern ROTC students. Alex then joined McKinsey & Company, where he advised clients in medical device and consumer manufacturing, industrial operations, and rapid growth startups with a focus on implementation and process improvement. Alex is now General Manager of Burke America’s Repair Intelligence division, using our proprietary and industry-transforming data and software platform to fix the broken appliance industry by reducing the time, cost, and frustration associated with home appliance and HVAC repair.