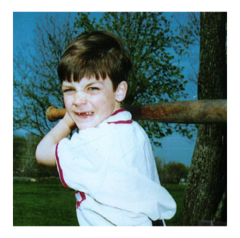 Bob Burke founded Burke America in 2007. He brings a proven track record of building businesses and managing operations. He has worked as an executive for TSI Holding Company, River Road Capital Partners, and Goldman Sachs. Prior, Bob worked for Arthur Andersen in the Finance and Economic Consulting Group. Bob is the Founder and Chairman of Ladder Up, one of the country’s largest financial services companies for the working poor, an organization he started in 1994. Ladder Up has recruited over 34,000 volunteers, served over 850,000 families, and returned over $1.2 billion to the community. He received an MBA from Harvard Business School where he was an Ewing Marion Kauffman Entrepreneurial Fellow and a Harvard Business School Fellow. Bob received a Bachelor’s Degree in Business from the University of Notre Dame, where he was named a Notre Dame Scholar. In 2001, U.S. Secretary of the Treasury Paul O’Neill nominated and appointed Bob to the Internal Revenue Service Taxpayer Advisory Board, a national 100-person board representing the interests and concerns of over 120 million taxpayers across the U.S. Bob was awarded Chicagoan of the Year by Chicago magazine in 2012. In 2015, Bob was named the Outstanding Alumnus of the Year by the University of Notre Dame. Bob is an active member of Young Presidents Organization (YPO).